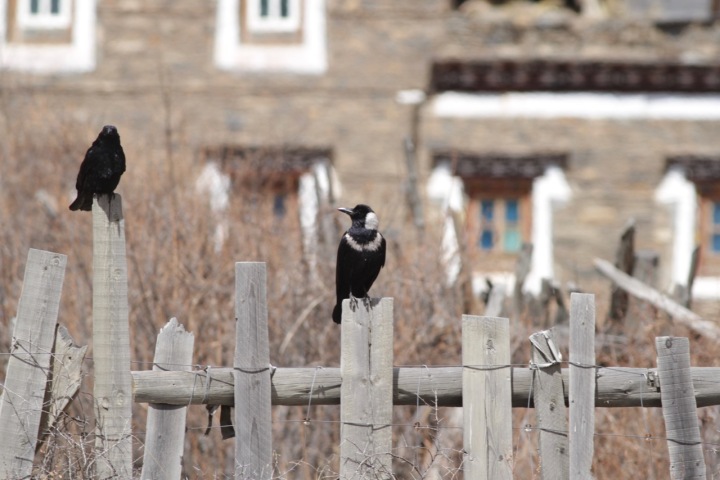 As I blogged before, on 2 April 2018 we were in a nature reserve, over 4,000 meter high, in Sichuan, China. As we went down gradually later that day, these two birds sat on a fence: a carrion crow on the left, and a collared crow on the right. Seconds later, the carrion crow drove its collared colleague away. Without any obvious reason, as there was space enough on the fence. 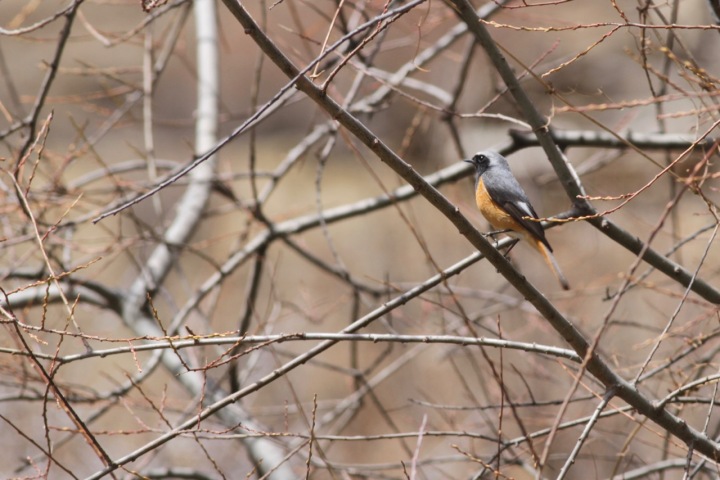 A bit further, this male Daurian redstart. ‘Daurian’ refers to the Dauria region, east of Lake Baikal in Russia. 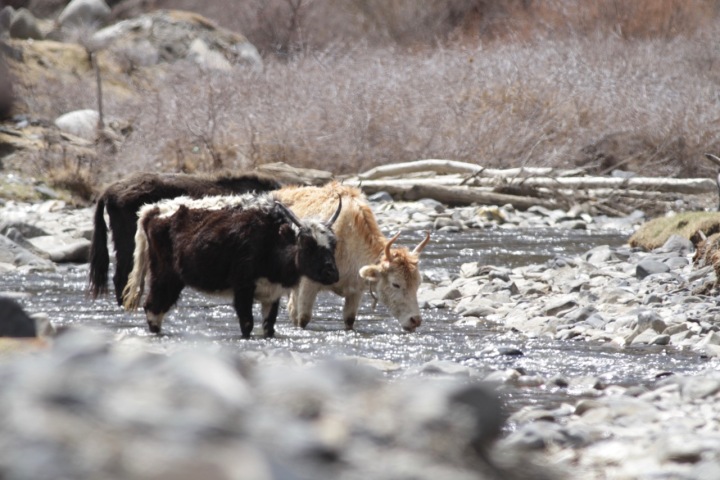 Near a farm and a river, these domestic yaks.

Up the mountain slope, a hoopoe. 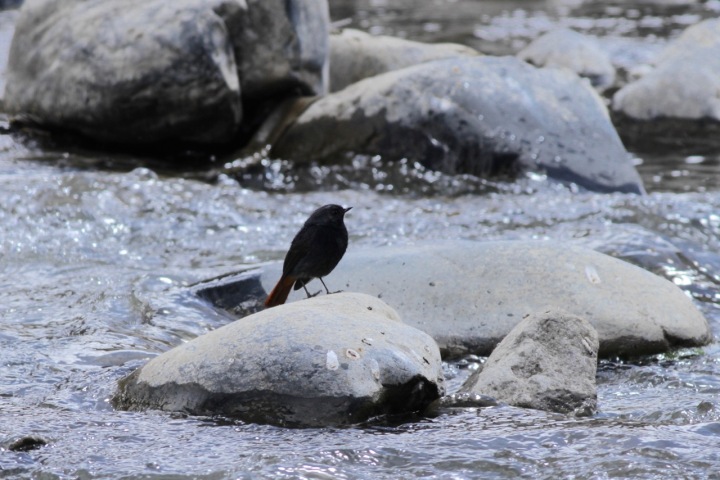 On rocks in the river, another redstart: a plumbeous water redstart. In western Europe are only two redstart species. In China there are fourteen. Songbirds originated in Australia, about 50 million years ago. So, one can expect…