The Bureau of Land Management doesn’t have a Director or an Acting Director.  Brian Steed is the Deputy Director, Policy & Programs, but he is “Exercising Authority of the Director.”  There are 8 “Acting” Directors under him. 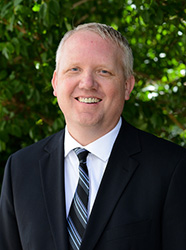 Exercising Authority of the Director

Brian Steed is the BLM’s Deputy Director for Policy and Programs, exercising authority of the director. Before joining the BLM in October 2017, Steed served as Chief of Staff for Representative Chris Stewart of Utah. Before that, he taught economics at Utah State University and was once a deputy county attorney in Iron County, Utah. He is a native of Logan, Utah, and attended Utah State University, earning both a B.A. and M.A. in political science. He also earned his law degree at the University of Utah, with…