In addition to the abundant bird species found in Belize, as featured last week, there is also an impressive array of reptiles, mammals, and insects. Welcome to Part 2 of the Belize Wildlife series.

Native to Belize, the brown basilisk lizard is known for its ability to “walk on water.” With large hind feet and web-like toes, they fly so quickly across the water’s surface that it produces the illusion of the lizard running on water.

A quiet river boat ride revealed this basilisk lizard basking beside the river. Like most lizards, the basilisks have varying colors. 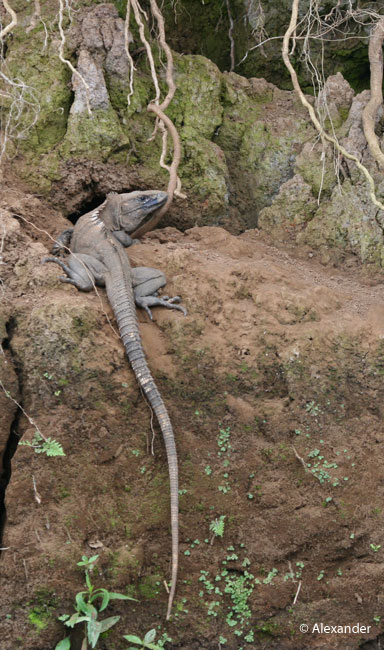 The green iguana, which is not always green, was prevalent in many parts of the country. They are the largest lizard in Belize. We came upon this one on the outskirts of Belize City, he was about three…