In January I went to a flooded agricultural field to observe ducks and cranes. At one point there was a curious underwater movement…unidentifiable. We waited, and watched. And a river otter popped out! 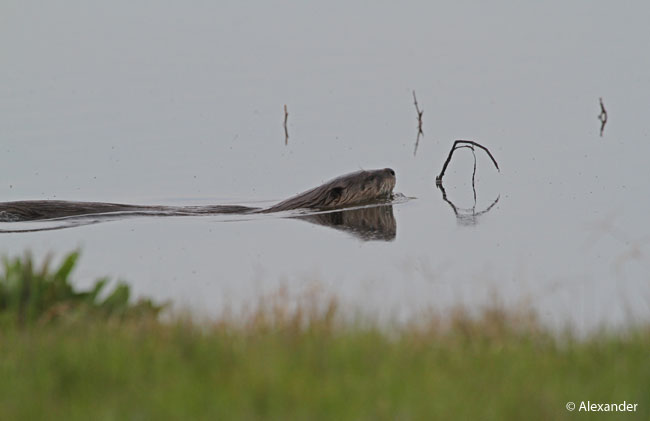 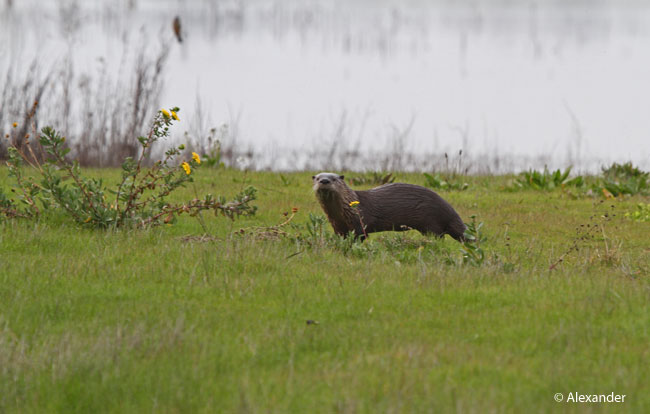 We have been going to this field for three decades, have spent close to 50 hours observing wildlife on this one field. Every winter it is loaded with songbirds, ducks, cranes, raptors, waders, and more…but we have never seen an otter here.

Flooded field with ducks, January 2019. Compare this scene to the photo below from January 2014.

We have, however, seen the river otter hunting on a nearby river several times.

There are 13 species of otters on earth, and they are all aquatic in nature, feeding primarily on fish and invertebrates. In North America we have the river otter (our focus…