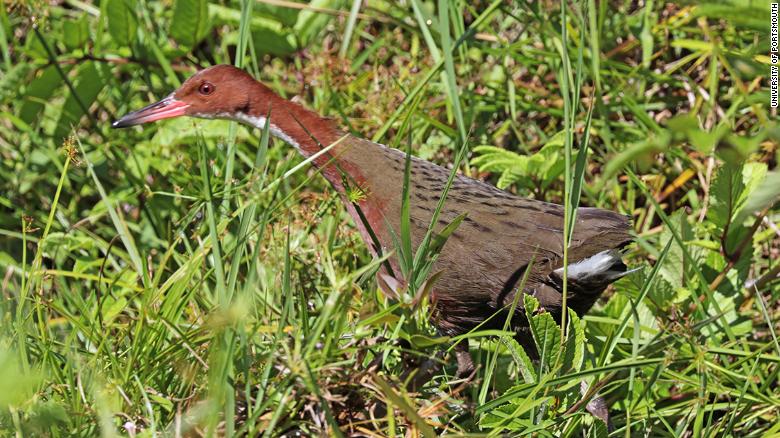 The white-throated rail colonized the Aldabra Atoll in the Indian Ocean — twice.

(CNN)A previously extinct species of bird returned from the dead, reclaiming the island it previously lived on and re-evolving itself back into existence, scientists have said.

The white-throated rail colonized the Aldabra Atoll in the Indian Ocean and evolved to become flightless, before being completely wiped out when the island disappeared below the sea around 136,000 years ago.
But researchers found similar fossils from before and after that event, showing that the chicken-sized bird re-appeared when sea levels fell again a few thousand years later, re-colonized the island and again lost the ability to fly.
The flightless rail can be found on Aldabra to this day.
The extremely rare process is known as iterative evolution — the repeated evolution of a…