LISTEN·2:52PLAYLIST
Heard on All Things Considered 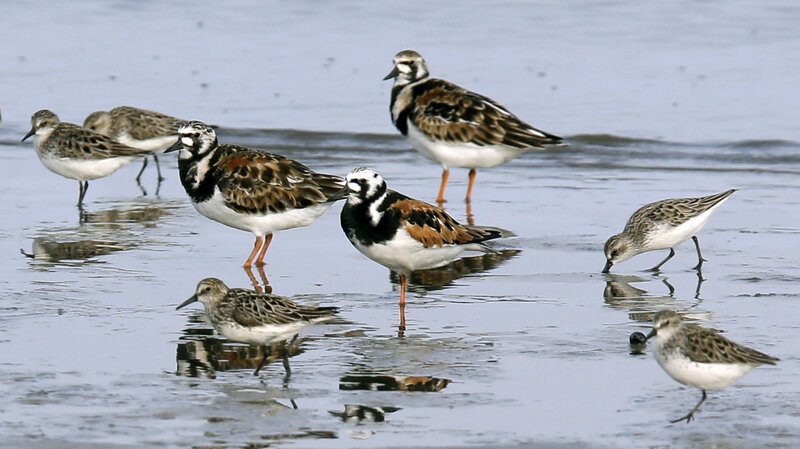 Migrating shorebirds at Kimbles Beach, N.J. Researchers estimate that the population of North American shorebirds alone has fallen by more than a third since 1970.

Over the past half-century, North America has lost more than a quarter of its entire bird population, or around 3 billion birds.

That’s according to a new estimate published in the journal Science by researchers who brought together a variety of information that has been collected on 529 bird species since 1970.

“We saw this tremendous net loss across the entire bird community,” says Ken Rosenberg, an applied conservation scientist at the Cornell Lab of Ornithology in Ithaca, N.Y. “By our estimates, it’s a 30% loss in the total number of breeding birds.”

Rosenberg and his colleagues already knew that a number of…