By Kristin Hugo as published on Newsweek 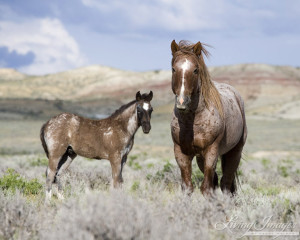 The Bureau of Land Management (BLM) recently proposed a series of options that would drastically reduce the number of mustangs on public lands. Some horse lovers think the plan would be too effective and wipe out the animals completely.

The options include offering people $1,000 each to adopt a horse, reducing restrictions on adoptions—including allowing people to buy them for horsemeat—sterilizing them and killing them. The BLM said a combination of those options should reduce the American mustang population by 69 percent over six to 12 years.

Wild horses have been a matter of intense public debate for decades. Cattle ranchers believe that the horses are an invasive species, which damage the landscape. The ranchers benefit from having the horses removed so they can put cattle, which are invasive, on the land.

“According to the law, the cattle are permitted,” Bob…